IMPSA strengthens its international presence and will be part of a power generation project in Brazil. 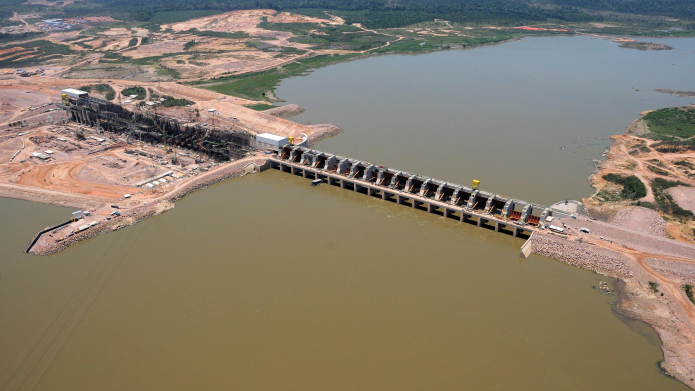 IMPSA, a world leader in power generation equipment, continues with its expansion and growth plan in the region and the world. On this occasion, it was hired by the authorities of Santo Antonio Energía, one of the main energy producers in Brazil, to provide its high-tech engineering services.

The Brazilian company, in charge of the operation and maintenance of the Santo Antonio Hydroelectric Power Plant, turned to IMPSA in this first stage to evaluate the failures of 50 pieces of equipment that caused the machine stoppages, which were manufactured by European companies and put into operation between 2008 and 2012. These are 7.5 m diameter bulb turbines that have never reached the desired availability from the start of their operation, having a substantial financial impact on Santo Antonio Energía.

IMPSA is currently undergoing a capitalization process, which will allow it to consolidate its operation in Argentina and return to compete in the markets it has led for decades, exporting 85% of its production to Asia, Europe, Africa and the Americas. This technology services contract means the return of the Mendoza-based company to the largest renewable energy market in South America and opens the way to resume and increase its activities in the region.

IMPSA is an Argentine high-tech company that exports capital goods to more than 40 countries and employs 750 highly qualified people. In turn, it generates value and employs more than 100 Mendoza SMEs. Currently, the firm carries out strategic contracts for the growth and development of the country, providing turbines to Yacyretá, and the rehabilitation of generators for the same plant, manufacturing the first Argentine nuclear reactor for power generation (CAREM), wind farms and photovoltaic and key equipment for YPF. Internationally, it plans to compete this year to carry out projects in Latin America, the United States, India and Southeast Asia.

About the Santo Antonio Hydroelectric Plant

Location: Rondonia (Brazil), over the largest Amazon River affluent, one of the 5 largest rivers in the world.

Construction: Between 2008 and 2012, with equipment provided by a Consortium made up of all European manufacturers.

Number and type of turbines: 50 Bulb Turbines of 7.5 m in diameter.

Santo Antonio Energía (4th largest power generator in Brazil) Joint Venture, whose shareholders are among the most important in the Latin American energy market:

Brazilian company with indirect administration by the Federal Government, linked to the Ministry of Mining and Energy and controlled by Eletrobras.

It is the fund for investment in Santo Antônio Energia, under the administration of the Federal Economic Fund.

Company that concentrates the investments and operations of the Odebrecht Organization in the power generation sector.

Joint Venture controlled by the State Government of Minas Gerais. Made up of 40 Companies and 7 Consortia.